The store will not work correctly in the case when cookies are disabled.

Free delivery on all orders over £49 & Free extended returns

In McQueen’s tracks with Rick English and Kieran Clarke

Steve McQueen was known for his adventurous spirit, particularly in his films where he famously performed all his own stunts. He was a true original — unafraid of taking risks and living truly in the moment — and it’s this spirit that inspired our latest Steve McQueen collection. To celebrate the launch, and honour the King of Cool’s legacy, we caught up with professional stuntmen Rick English and Kieran Clarke to share their stories about following in McQueen’s iconic footsteps. 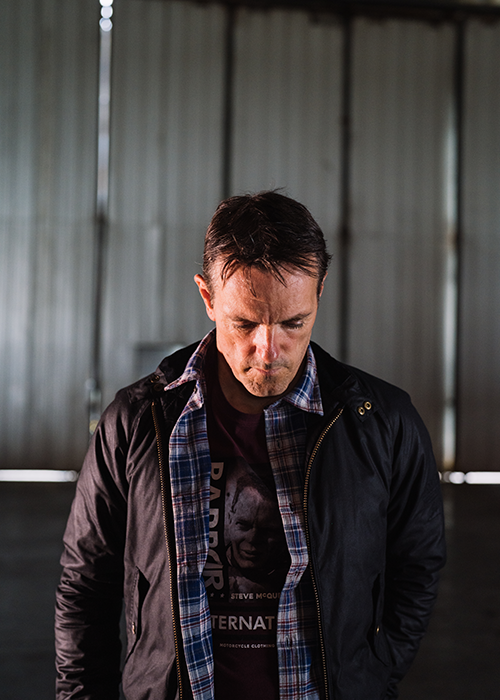 What has been your road into stunts? How did you become a professional?

Rick: Growing up, I had dreams of becoming a motorcycle stuntman. I moved to London and worked as a Martial Arts Instructor in the West End while spending weekends racing motorcycles. I trained several actors and directors, made a few appearances in their movies, and then joined the elite and prestigious British Stunt Register. Since then, I’ve been working as a professional stunt performer for 21 years.

Kieran: I’ve got 20 years of motorcycle completion and racing motocross and superbikes at World Championship level. My first movie was Mission Impossible 5, where I worked alongside Tom Cruise as his motorcycle coach and partner in high-speed action sequences. With legendary all-around stunt performers like Rick English, to become a specialist you must be an undeniable professional in your field.

Tell us about a typical day in the life of a stunt double.

Rick: Working hours tend to be pretty brutal. I’ll hit the gym in the morning, and then we usually start the day with a meeting to discuss the shots we want to achieve. A large part of the job is to keep the actor safe and help them with their performance, as well as performing myself. Even after a long day at work, I can always find the energy to get out on my motorcycle!

Kieran: 5am call times and 12-hour days are pretty normal, but no two days are the same! You can be in costume from early in the morning, sitting in your trailer preparing for a one-take multi-million-pound stunt sequence that’ll be over in three minutes. 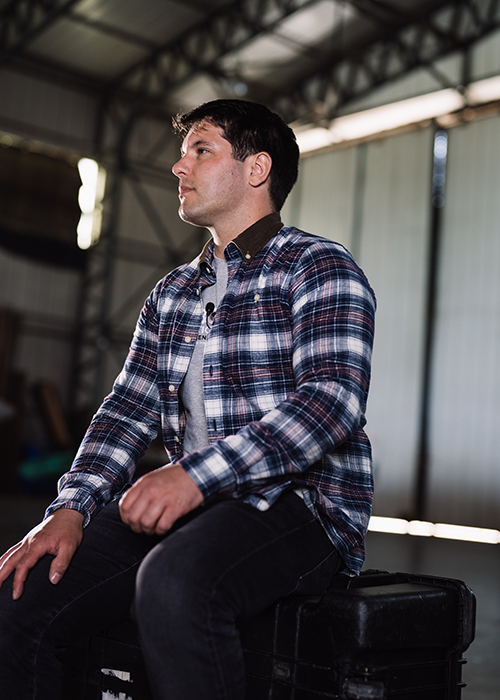 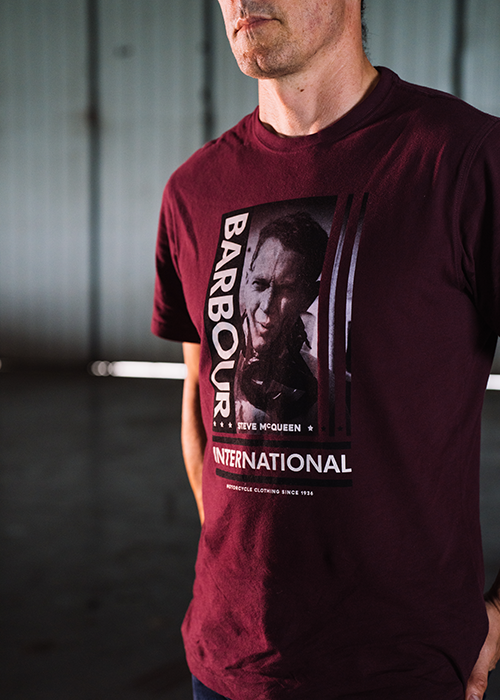 Rick: Seeing the way Steve McQueen rode with such intensity and style inspires me to push harder and go as far as I can in every shot. The same applies in everyday life - I try to live for today. Work hard, play harder.

Kieran: McQueen is the true definition of a maverick - he followed his dreams and passions and answered to nobody! I wear my heart on my sleeve, try to be authentic at all times, do the best for others but never neglect my dreams.

What made Steve McQueen such an original? How do you try and live as an original in your own life?

Rick: I think what set Steve McQueen apart was his passion for motorsports and reluctance to abandon what he loved doing to conform to the regular Hollywood norm. I’d like to think that I’m doing a job I love but also trying to have a balance by setting time aside for myself, my family and my friends.

Kieran: Steve McQueen was the original pioneer of the professional man who drove fast cars and rode motorcycles. He used motorcycle racing as a creative outlet and an art form. I feel I can truly be myself - both physically and mentally - and that my attributes shine through while carving lines into the dirt like an artist with a brush.

How does Barbour International’s rich motorcycling history, and its affiliation with Steve McQueen inspire you?

Kieran: There’s nothing cooler than Steve McQueen lining up to race the Baja 1000 in an International trials jacket. He didn’t need to be a motorcycle racer for clout, he did it because he loved it. 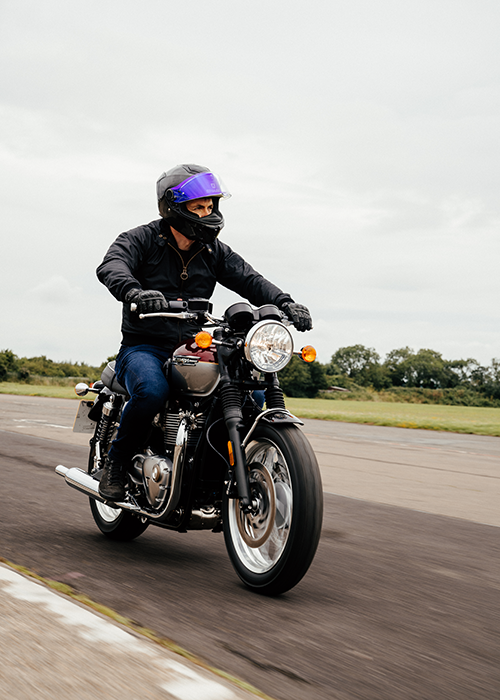 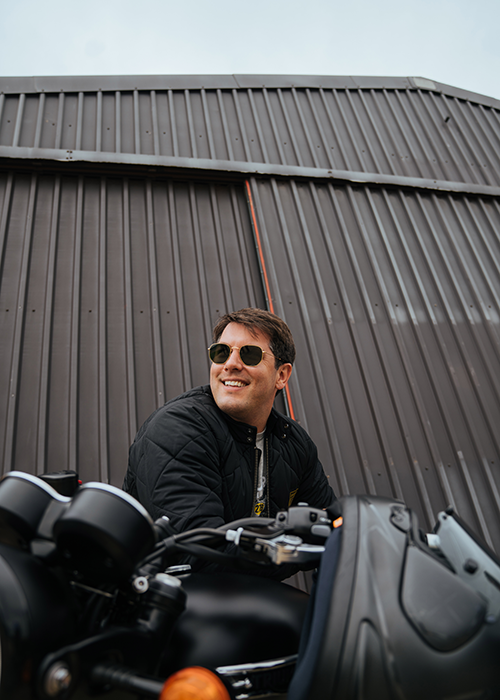 What do you think of the Barbour International Steve McQueen collection? How does it live up to his legacy?

Rick: The collection keeps that iconic look which never goes out of style, both on and off the bike. The highest-quality clothing, worn by the man who would settle for nothing less.

Kieran: Timeless functional classics that transcend generations and let you be your authentic self.

What are your favourite pieces? How would you wear and style it?

Rick: I love the Steve McQueen waxed cotton bomber jacket. A classic ageless look - smart and practical. The retro t-shirt feels like real originality but echoes back to the time when Steve was king of the racetrack.

Kieran: I’m a huge fan of the classic Barbour International wax jacket and quilted jacket. You can dress it up or dress down easily with simple jeans, a t-shirt and sneakers. Timeless! 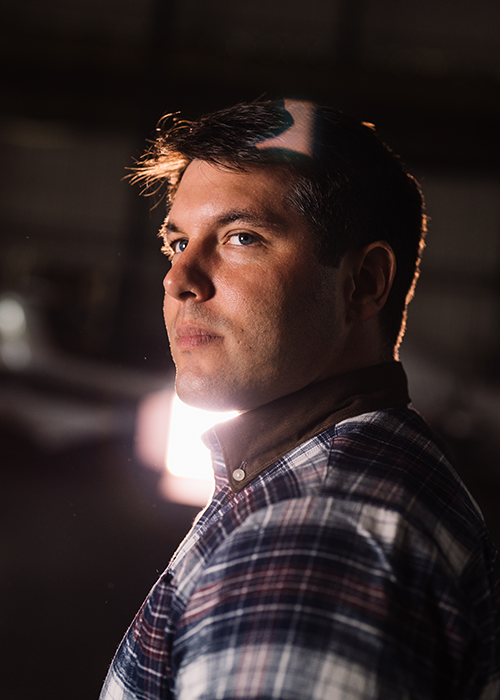 Discover more about the AW21 Barbour International Steve McQueen collection here or shop the collection to find your original style.