Barbour International, the Originals, and the ISDT

Barbour International celebrates originals, past and present. Surpassing trends, the yellow roundel, the Badge of an Original, has been worn by a series of original men and women across the globe. But to truly understand it’s meaning, you have to dive into the past to discover the origins of this iconic symbol, and what propelled it to become what it is today. 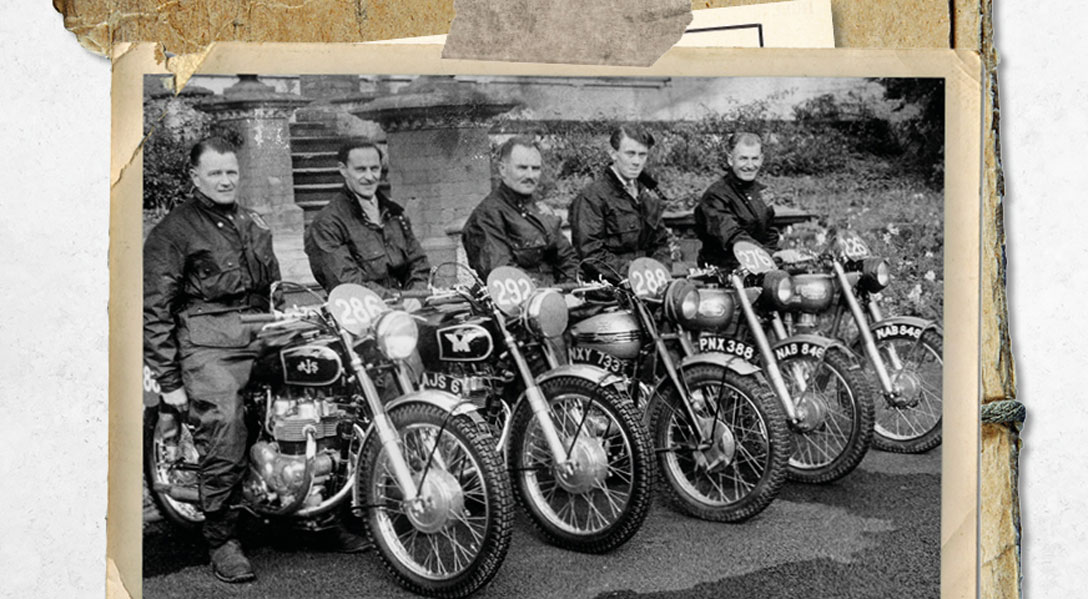 Attracting national motorcycling teams from many different countries, the motorcycle racing event showcases the best of the best in off-road motorcycling. First held in 1913 in Carlisle, England, the ISDT happens every year, awarding motorcyclists for their epic riding skills and their bike’s incredible capabilities. 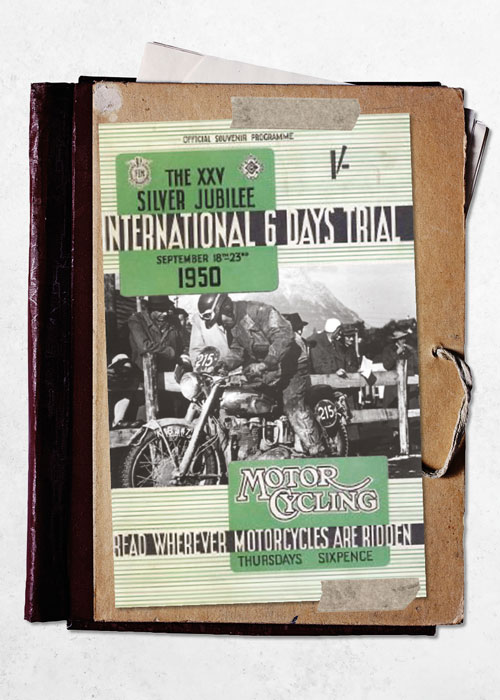 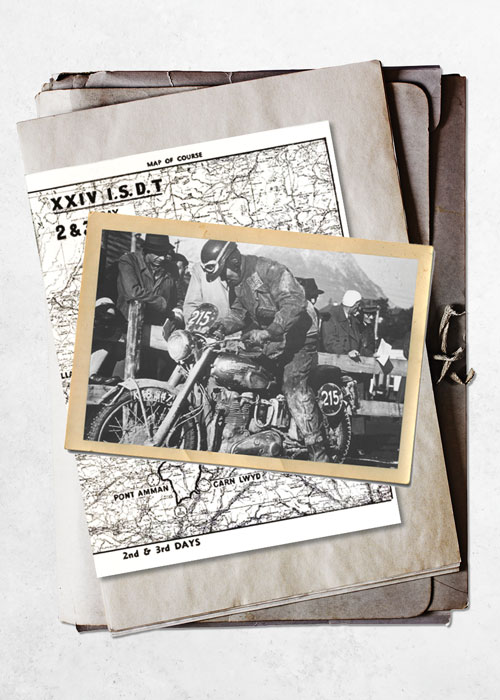 John Barbour’s Grandson, Duncan Barbour, who was a keen motorcyclist himself, introduced to the Barbour range a revolutionary one-piece suit called the Barbour International. The suit was dark-green waxed cotton, developed specifically for the 1936 ISDT event, hence it’s name.

The suit became so popular, it was worn by almost every British team right up until 1977, when Barbour pulled out of motorcycling. In fact, in the 1954 ISDT, 72% of all competitors wore a Barbour International suit, including teams from Austria, Belgium, Holland, Ireland, Sweden and Spain. By 1957, three years later, the figure in that year’s Scottish Trials had risen to 97% of all competitors! 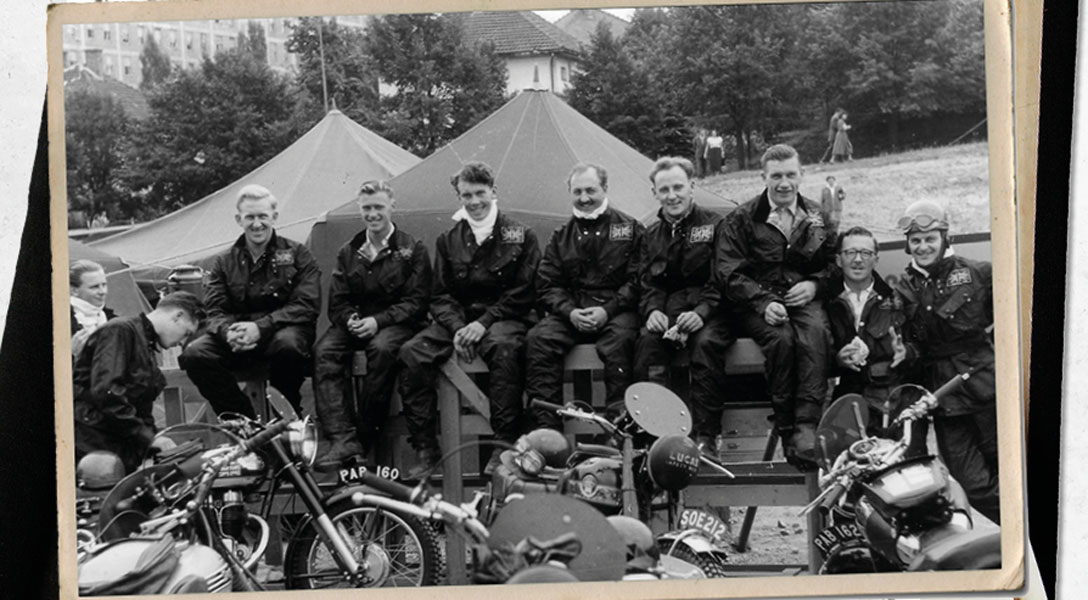 The Originals
In the 1964 ISDT in East Germany, the Barbour International suit was worn exclusively by the American ISDT team, which counted within its ranks both the legendary stunt rider, Bud Ekins, and actor, Steve McQueen. Since then, Steve McQueen has become one of our most famous wearers. His effortless style and confidence embody what our roundel represents, which is why he has inspired collections for Barbour International season after season.

Also, just as iconic, was in 1949 when motorcyclist Olga Kevelos won the first of her two gold medals at the ISDT in Wales. She was the only woman ever to win two gold medals in ISDT events (1949 and 1953) and she competed in every ISDT until 1966 in her Barbour International suit.

That’s not all; wearing a Barbour International, British motorcyclist Johnny Brittain competed in the ISDT for fifteen consecutive years, winning a total of 13 gold medals for the UK team. In 1953 he was part of the last-ever British Trophy team to take top ISDT honours, competing in Czechoslovakia that year. On Monday 25th March 2019, Johnny Brittain was laid to rest in his famous Barbour International jacket. 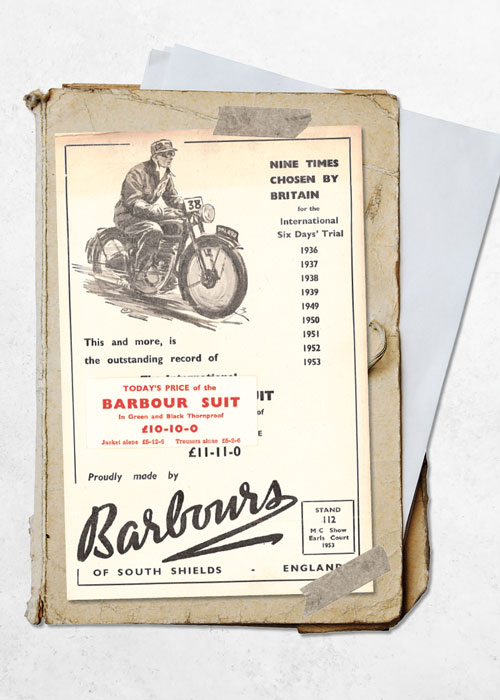 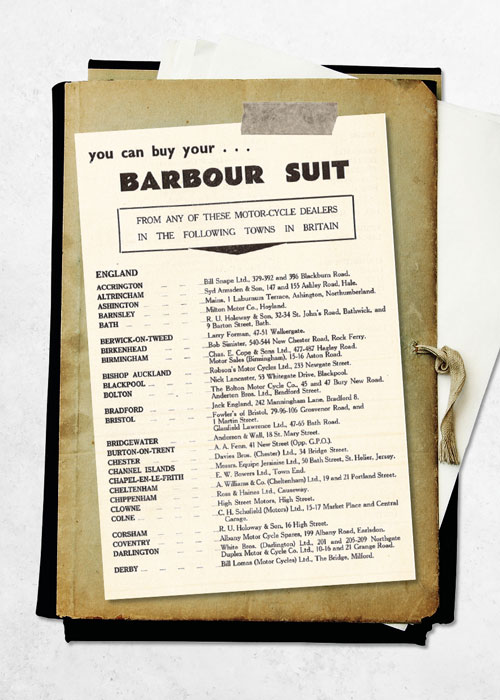 Barbour International’s history is deeply embedded within the ISDT. The originality displayed in each one of these iconic figures who famously wore Barbour International put down the groundwork, setting the standard for what it means to wear the iconic Badge of an Original. Today, we connect with originals from all walks of life, whether it’s someone seeking adventure on the back of their bike, or someone making their mark on their city through their career or passions.

Visit our Badge of an Original page to find out more.