Barbour International has always had its roots in the North East, and in music too. In celebration of our love of music and the birthplace of our brand, we sat down with North-East based musician, Sam Fender, to see how he styles the latest Barbour International collection, as he shares his insight into what inspires him, and how he lives an original lifestyle.

With us both hailing from the North East, can you tell us your first memory of Barbour International?

My first memory of Barbour International was originally from my friend who used to run buskers’ nights in my hometown of North Shields. He had two Barbour jackets and ended up offering me one. I ended up wearing that jacket non-stop for three years!

Your career seems to have exploded in the past year - do you think your northern roots have helped to shape who you are as a musician?

Yes, definitely. I think growing up in the North East has really helped shape my career. My Dad was a singer-songwriter and he used to play all the social clubs back in the 70s. I grew up around people who had trade jobs by day and then would become weekend rockstars. That definitely had an effect on my work ethic as I used to see the same people on stage who used to do the plastering or electric work during the week. I’ve always applied that ethos into my work ethic. 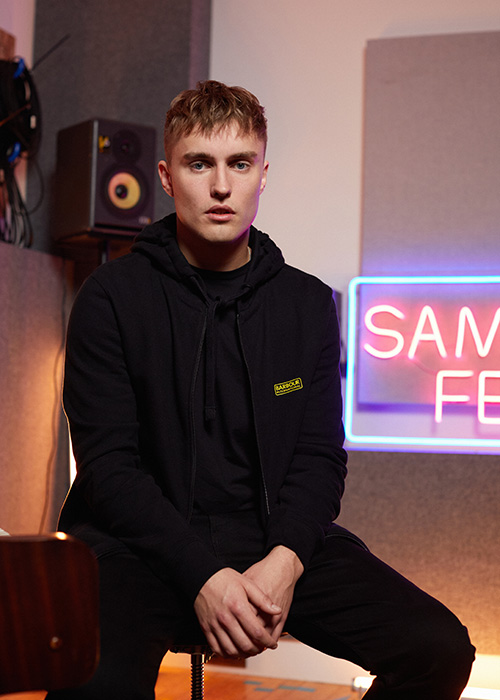 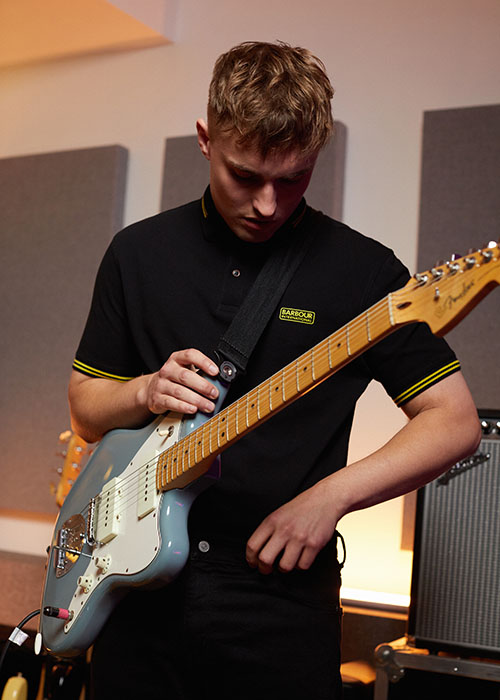 Do you have any exciting personal projects you’re working on or have coming up?

I’m actually doing some stuff for a film, which is quite exciting. I’m also recording a lot of songs at the moment too, which will be going on to an album. So I’ve definitely got a lot going on.

What would be your top advice for aspiring musicians?

It’s important for people to focus solely on the song-writing. It doesn’t matter how good you look, how much money is put into it or who manages it; if the songs aren’t good, it won’t go anywhere. You must focus on the art itself. If you’re in the business to get famous, you won’t get anywhere.

I used to write songs which I thought would get me somewhere and nothing happened. So I ended up scrapping that and started writing songs for the love of it. That’s when I started writing gold.

Therefore my advice is: Focus on your art. Make sure what you put out is something that you are proud of and then you can’t really fail. Write with conviction. Write about what you know about. Write about stuff that you’ve experienced and what you have seen. Then you will know you’re not faking the honesty behind the lyrics. 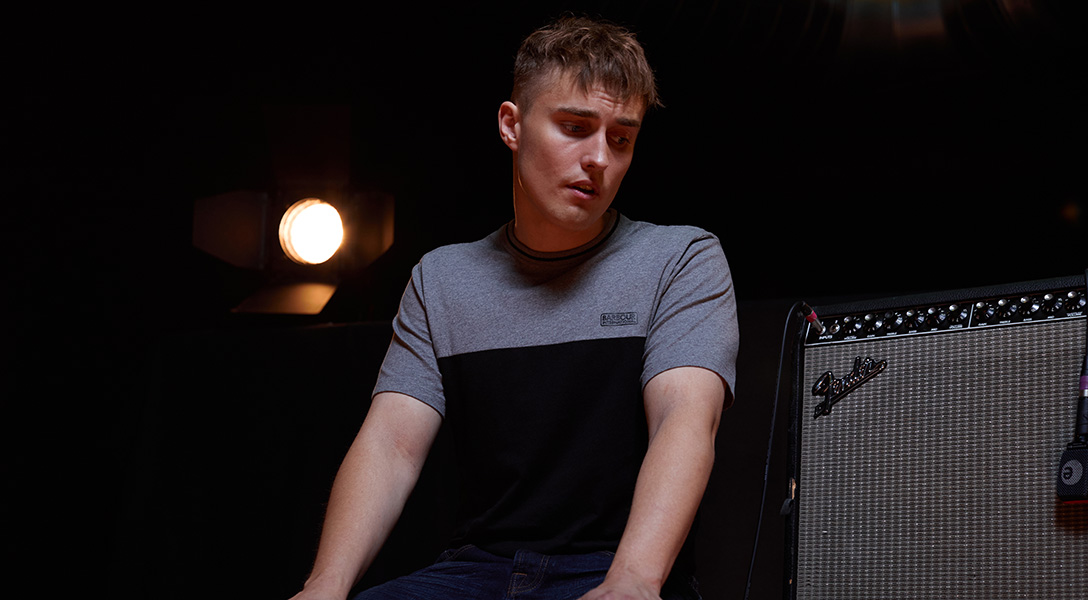 Did you have a music mentor? Where did your love of music stem from?

I had many music mentors. My godfather is a huge music fan, he’s the biggest fanboy of every music artist on the planet. He has signed stuff from everyone! He’s the type of person that waits behind at every gig to get signed t-shirts, and his house is filled with incredible memorabilia. I was always inspired by him and the artists he played; Joni Mitchell, Jeff Buckley, Bryan Adams and The Cardinals.

My dad and brother are also musicians, and my mother used to play Roxy Music all the time, so I was always surrounded by people making and playing music.

I also had a great guitar teacher when I was a kid as well. He was a guy called Phil Martin. He is probably the greatest guitar player on Earth, and he’s from Shields, so that pretty much says it all.

What does originality mean to you?

I don’t think my music is particularly original, as people have played guitar music for years. However, I would say the main thing that is important, and that should be original, is your story. And my stories are my own. All of my stories are the people I know. I do embellish them to make a good song, however a lot of the stories I write come from a true place or a place I’ve seen myself.

Who are your originals in the world of music; your biggest inspirations?

I would say, for singing: Jeff Buckley, for song-writing: Joni Mitchell, Bruce Springteen and Bob Dylan. At the moment, Joanna Sternburg, Big Thief and I’ve been listening to a bit of Sharon Van Etton - loads of stuff.

When I don’t want to listen to guitar music, I listen to old hip hop.

What are your favourite North East locations and venues?

I like the Ouseburn because that’s where all the good music is and it’s got great people there. Obviously I love Shields and the Fish Quay. I also love going further up Northumberland and having a trek around the hills and countryside. Other than that, there’s nothing better than being at home in my bedroom. 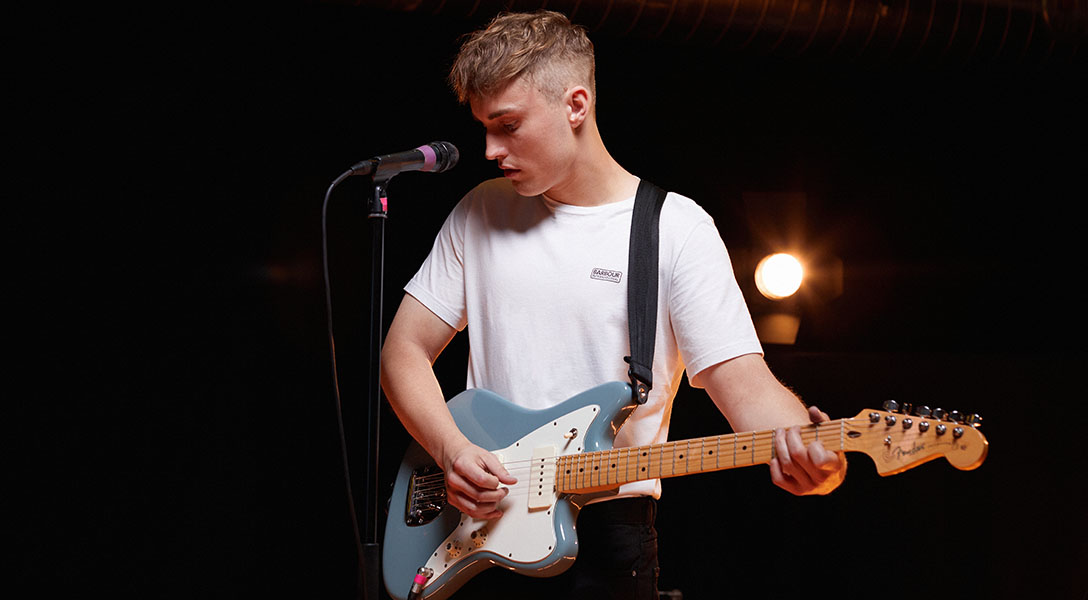 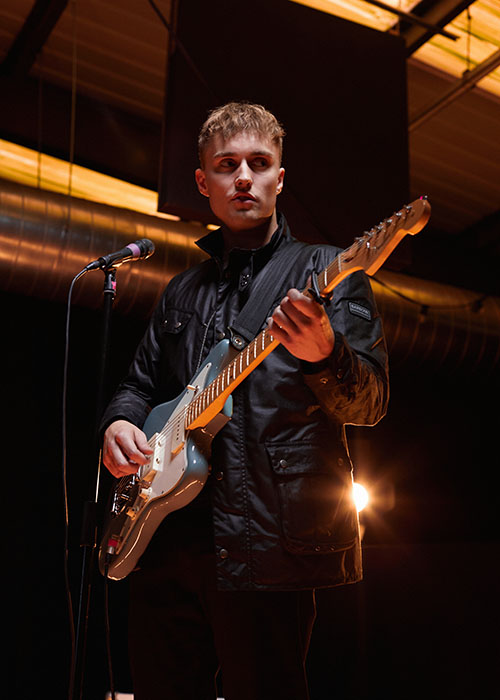 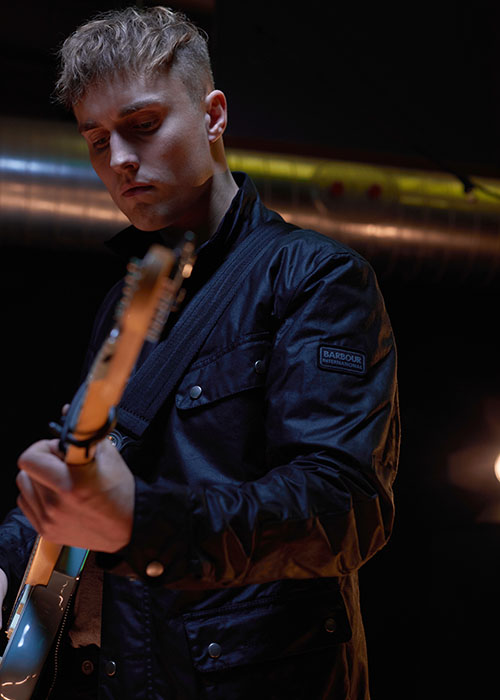 Discover more about our collab with Sam Fender here, or shop the AW20 Barbour International menswear collection to get Sam's look.