There’s a reason Steve McQueen is known as the King of Cool. His effortless style is mimicked by many and he continues to be a symbol of fashion today — the tell-tale of a true original.

To celebrate Barbour International’s latest Steve McQueen collection, we’re diving into his most defining looks throughout the years, to uncover what makes his brand of effortless cool as relevant today, as it was 50 years ago.

An Icon in the Making

McQueen didn’t have the greatest start in life, but there’s no doubt it made him the rebel we all know and love. From running away with the circus, to being sent to school reform and joining the marine corp, his early life alone was a whirlwind. But it was after he was honourably discharged (at the age of just twenty-years-old), that he found fame in Hollywood and made his way onto the silver screen.

Onscreen and off, he became known for doing things his own way, especially when it came to his style. While 60’s and 70’s Hollywood was putting themselves into bell bottoms and brightly coloured shirts, McQueen didn’t chase trends. Instead, he chose things that he liked, things that suited him.

Jackets were key to McQueen’s style, and he wore his outerwear with purpose. Never a finishing touch, but rather part of the look. Even during the 1964 International Six Day Trials, he wore his motorcycle jacket with flair.

A good jacket is a blend of both form and function. From the great escapes to the everyday moments, it keeps you ready for wherever the day takes you and underpins the attitude of effortless cool.

McQueen was also known for classic layering. He would often create a strong smart-casual look by pairing a classic tee with a strong shirt and letting less say more. But while he kept it simple, he was one for small details, like popping his collar, turning up sleeves, knowing how many buttons to do or undo, and it is these little things that make all the difference.

Of course, we can’t talk about McQueen’s style choices without mentioning his passion for motorcycling, as we know first-hand. The tees in this collection feature a series of motorcycling motifs, inspired by McQueen’s participation in the International Six Day Trials in East Germany in 1964 (the year he and the rest of the US team stopped by in London to buy their Barbour International Oil Skins to wear in the competition). 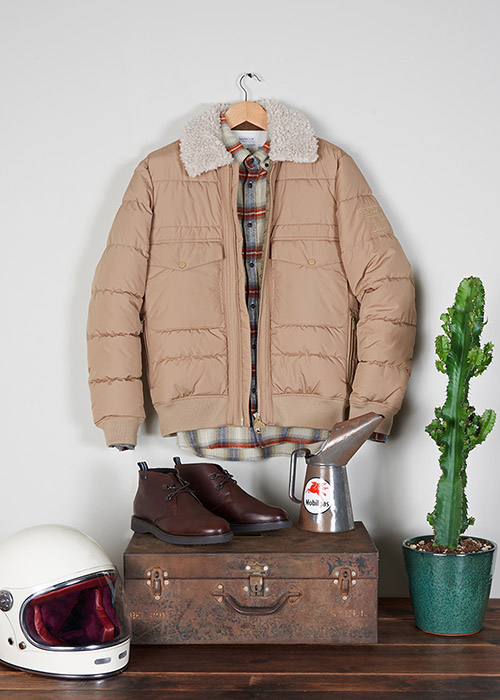 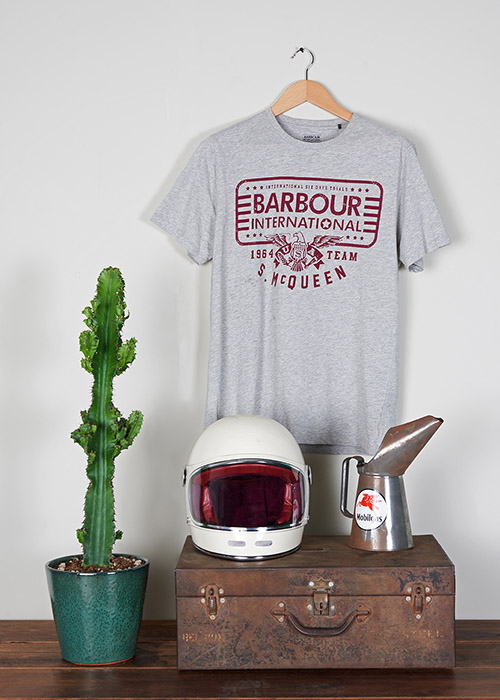 It’s all in the Walk

Above everything, the most significant thing Steve McQueen wore was confidence. Whether he was on the racetrack, on-set or on his way to the store, he was an original, so wherever your day takes you, hold your head high and walk like an icon of style.

Find your signature style in the Barbour International Steve McQueen collection, or discover more about the campaign here.