How to be Original Like Steve McQueen with Kev, of Ace Classics, and Tom Rhys Harries

In motorcycling, in acting and in life, Steve McQueen is considered as one of the true originals. His timelessness has inspired people the world over. We caught up with two modern-day originals — actor and bike enthusiast, Tom Rhys Harries, along with Kev from McQueen-inspired bike restoration garage, Ace Classics — to talk about how to be an original like Steve McQueen, and how his legacy inspires their work. 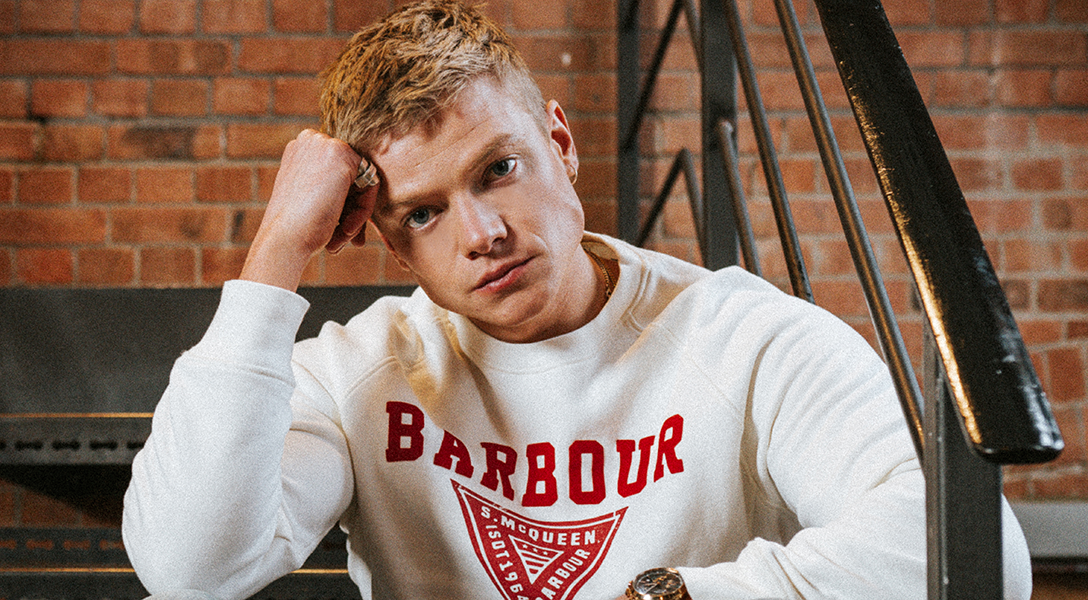 How did you get into acting?

Tom: I’m drawn to the possibility of being in others shoes, figuratively and literally. Living another life for a period of time. When done properly, it feels like going on a trip somewhere. I always want to broaden my perspective.

How did Ace Classics come to be?

Kev: Back in 1991, my dad (Clifford Rushworth) was restoring his 1960 Bonneville and couldn’t buy any parts that would fit! He decided to have a few parts made to help with his restoration when he got the idea to open a shop of his own for patent parts. Back then, Ace Classics was only open two days a week because my dad was a full-time roofer. But when I turned sixteen, I left school and started working full-time in the shop. 30 years later, and our business is now stronger than ever — we’re known as the best in the biz for high-quality classic Triumph restorations and specialist motorcycles, such as the Steve McQueen inspired bikes.

What are your fondest memories of motorcycles?

Kev: One of my earliest and fondest memories has to be when I was about 11. My Dad went out to the Isle of Man to watch the TT races, I remember thinking about how much I wished I was there with him, when suddenly he called my mum and asked if I wanted to go out and join him. Next thing I know, I was hopping on a plane for the first time ever to go meet my dad on the other side. It was magical!

What do you love most about motorcycles?

Tom: The sense of freedom. Someone once told me ‘if driving a car is watching a movie, riding a bike is being in one.’ I buy that. First day after I passed my motorcycle licence I drove to France. I like being able to just up and go.

Kev: When I was younger, I just loved riding them, and the freedom I got from going out on the road or track. But as I have gotten older, I just really appreciate being surrounded by them on a daily basis and being able to pursue my passion in the shop. I am really lucky because coming to work everyday for me is not like having a job at all; it’s something that I just love to do, and I get to do it with my family. 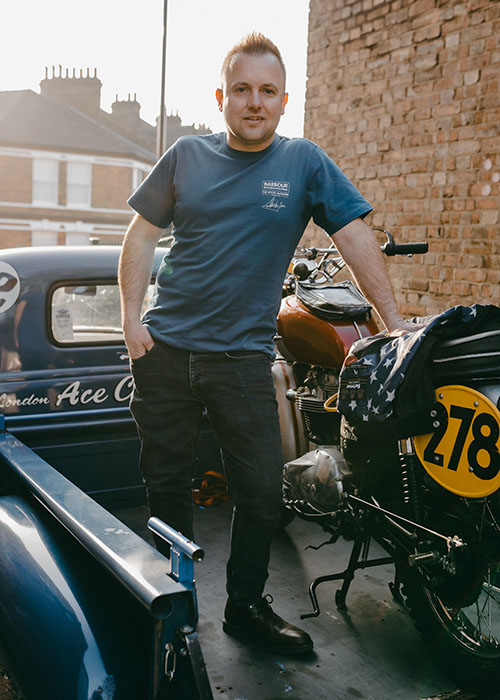 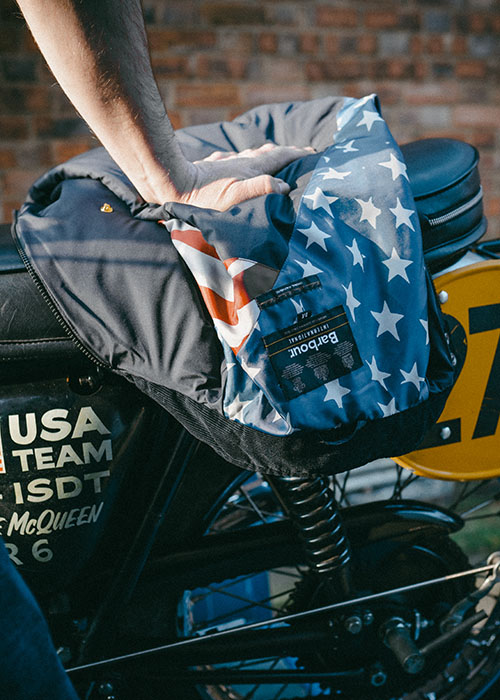 Kev styles the Signature Tee, with the Glance Quilt and Piston Boots

Why is Steve McQueen such an icon?

Tom: For the ripped t-shirt he wears in The Great Escape. That film popularised the worn workwear look, that is still a beloved style today. You’ve got to be pretty culturally significant to still be influencing people almost sixty years later.

Kev: Steve McQueen is an icon to all of us at Ace Classics, mainly because of the bikes he rode. We love Triumph’s as much as Steve McQueen did. The bikes we are building now have always been very cool but are definitely made even cooler because Steve McQueen loved them.

What defines an original?

Kev: Someone who doesn’t always follow the crowd. They make their own dreams come to life with pure determination and grit!

Tom: When someone is truly, authentically themselves, it doesn’t really get more original than that. You’re the first, last and only one of you.

What made Steve McQueen a true original to you?

Tom: There’s a quote of his which seems to me to sum up his approach to life: “You gotta have a very very strong punch and then be kind”. I got the picture he was incredibly uncompromising and clear about what he wanted, but also took the time for much philanthropy and kindness with his fame and fortune.

Kev: For us at Ace Classics, McQueen was a true original because of his ability to make everything cool! He had a distinctive style when riding bikes and the talent to enter a desert race with over 1000 bikes and come in the top 10! Now that’s impressive. 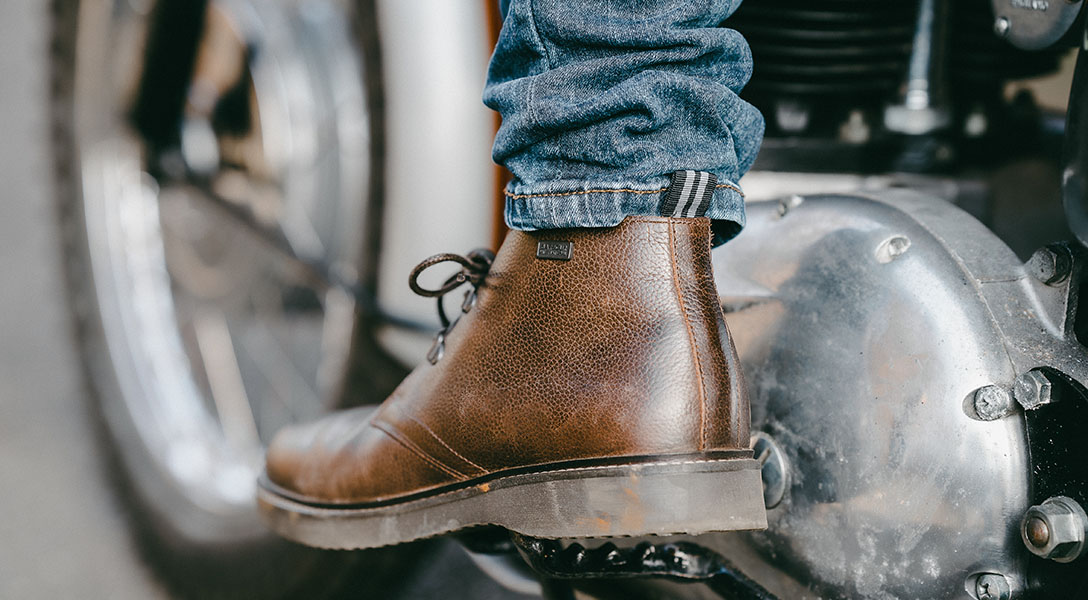 What are the defining characteristics of McQueen’s bike(s)?

Kev: Bud Ekins built a lot of Steve McQueen’s bikes, and it’s this style that really defined them. He would always use an earlier half width front hub and fork dampening system from the 1950s, even in his mid-1960s builds, because it made the bike lighter and stop faster.

Are there any lessons you’ve learned through riding or acting that have shaped the other?

Tom: Lean into the bends.

How can someone put their own original twist on a motorcycle?

Kev: There are lots of ways someone can put their own original twist on a motorcycle, whether it’s a custom paint job or a full custom build. Custom build categories are always very popular at bike shows and some people go really mad in making their bike a complete original!

How can someone create their own original style?

Tom: I think fashion for me boils down to wearing what I feel comfortable in. That might end up being a look that’s a compilation of loads of different styles, but if it works for you that’s the one. I say push the boat out and express yourself.

How do you live life as an original?

Tom: I try to be as conscious as possible; follow through on my commitments and stay in tune with myself. My hopes and dreams constantly shift, but as long as my inner dialogue is clear I rarely feel too far adrift.

Kev: I wake up every morning and still have the same passion for vintage Triumph motorcycles as I did when I was a kid. I haven’t been swayed by the different trends throughout my life and have stayed true to my passion, and now have the opportunity to share it worldwide through Ace Classics.

How can someone become a true original?

Kev: I would say if you want to become a true original then follow your dreams and passions. You only get one chance at life and need to stay true to yourself to get the most out of it!

Tom: My advice is just do you. Get to know yourself, be kind to yourself and do you. Whatever that is. No one's expectations matter but your own. 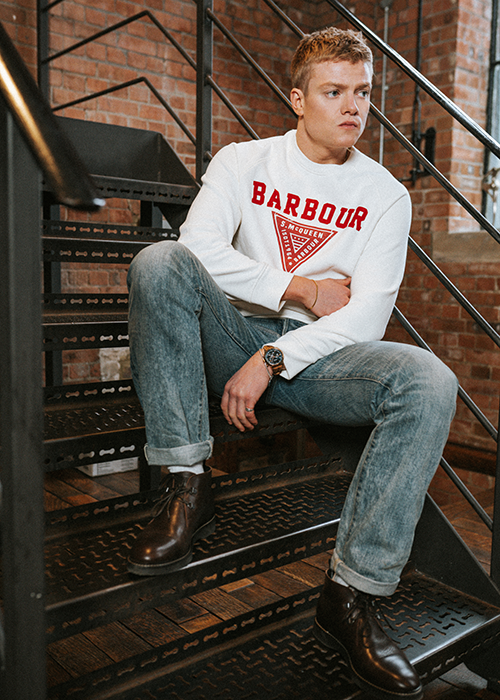 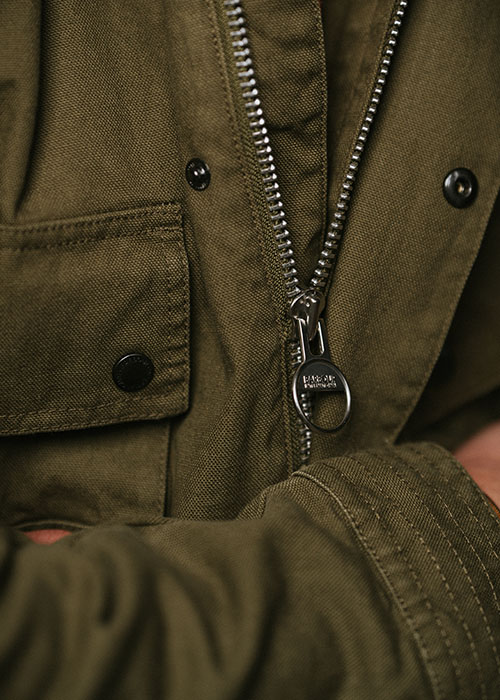 Discover the Steve McQueen collection to find your original style.