The store will not work correctly in the case when cookies are disabled.

Free delivery on all orders over £49 | Free extended returns

In 1936, Duncan Barbour, the third generation of the family and a keen motorcyclist, introduced into the range a one piece wax cotton suit called the Barbour International.  Developed specifically for the 1936 International Six Day Trials (ISDT) event, and hence its name, the Barbour International became so popular that it was worn by virtually every rider on the ISDT circuit from the 1950s to the 1970s including actor Steve McQueen in 1964.

Today, a separate stand alone brand, Barbour International celebrates this long and rich motorcycling heritage. Men’s and women’s collections are inspired by the biker look.  Styles and designs have been replicated in different contemporary fabrics alongside the original wax cotton introducing a whole new generation to this iconic style.

Barbour was, and is, the original authentic motorcycle brand.  While many brands have aspired to this title, it has never been beaten. 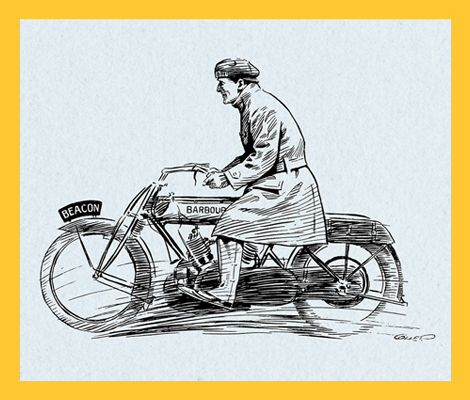 Barbour's inaugural catalogue includes an oilskin suit suitable for motorcycling as “they are impregnable by wind or wet.”

Barbour develops the first A1 one-piece bike suit, the International, in a dark green wax. 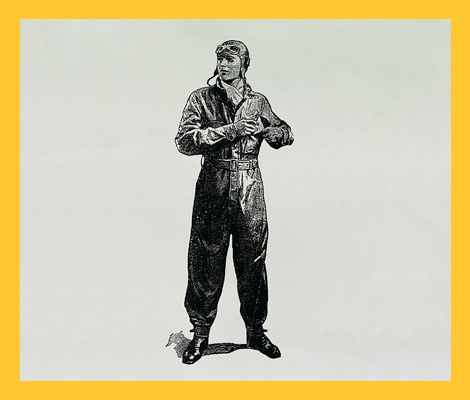 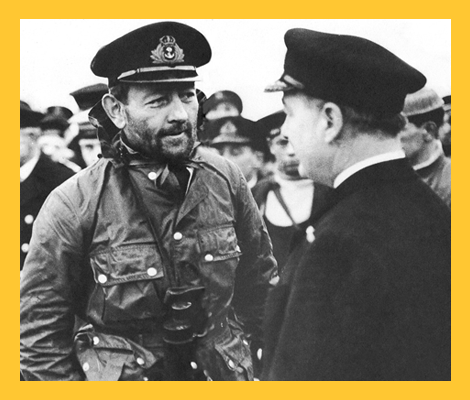 The A1 suit was adapted for military use. Turned into a two-piece jacket and trousers, it became standard issue for Britain's submariners. 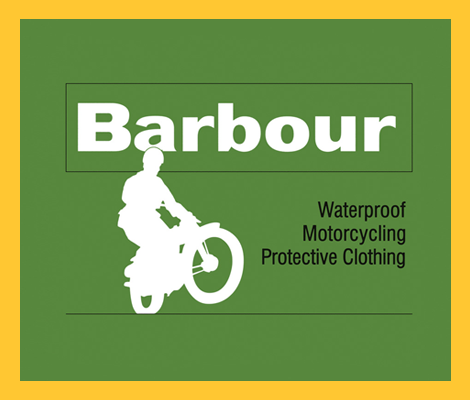 The International was adopted by civvies for biking. 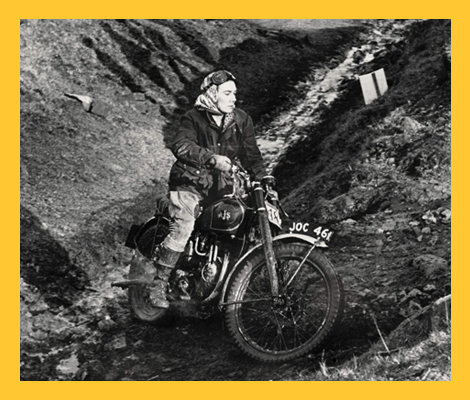 The International jacket gained its distinctive slanted, left breast pocket allowing the wearer easy access to maps or for a trials time card. 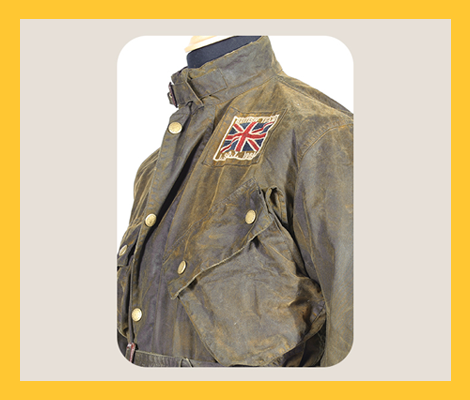 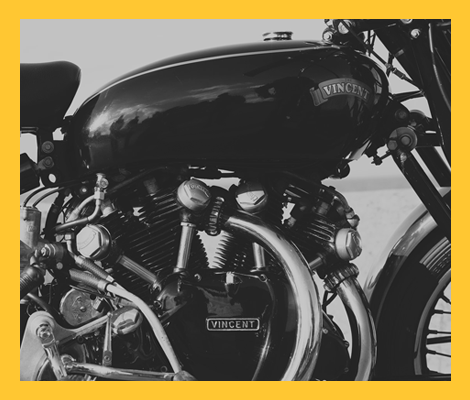 The International jacket was adopted as the official 'uniform' for the Vincent Owners Club. Vincent was known as the “Maker of the World's Fastest Standard Motorcycle” and to mark this tie-up between the two businesses, the International was dyed black. 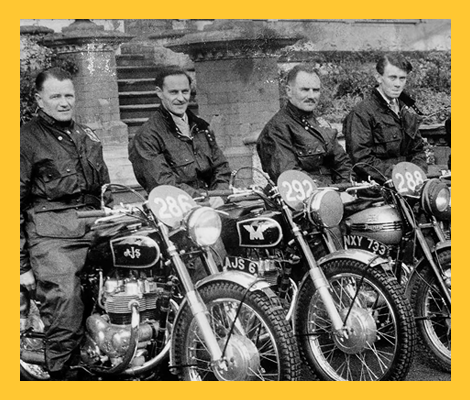 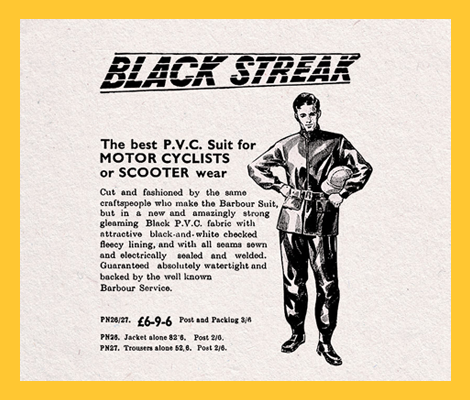 Barbour introduces The Black Streak suit, a new PVC suit for motorcyclists and scooter wear. Comprising of a jacket and trousers, the Barbour Black Streak had a distinctive black and white Northumbrian check lining.

Steve McQueen and the rest of the US team stopped by in London to buy their Barbour Internationals en route to compete in the 1964 ISDT in East Germany. 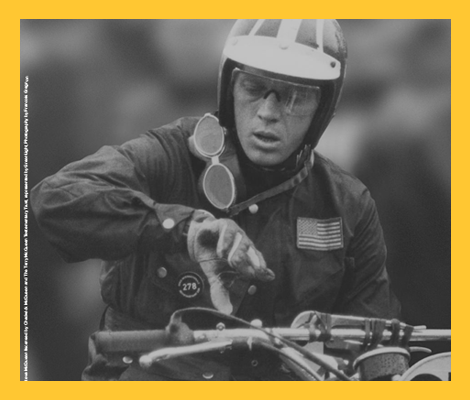 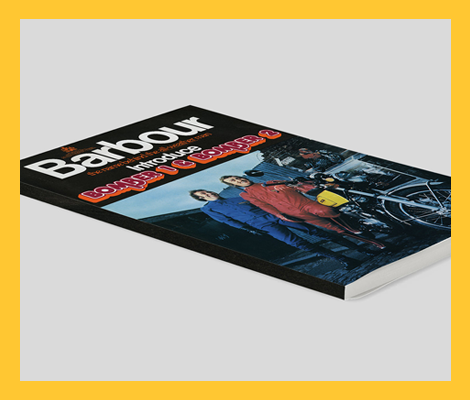 The Barbour Bomber motorcycle suit was introduced into the range in bright red and blue. Described as “good to look at and extremely comfortable to ride in” they were a popular addition to the range.

The distinctive black and gold Barbour International badge first appeared on the jackets. 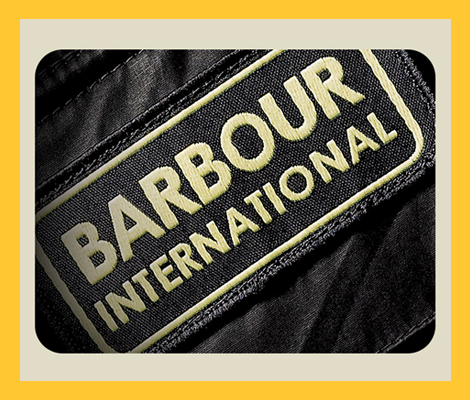 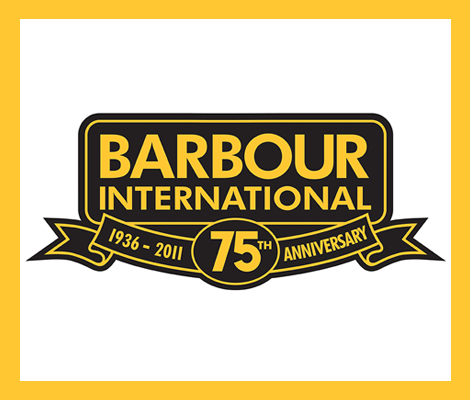 Barbour celebrates the 75th anniversary of the iconic International. 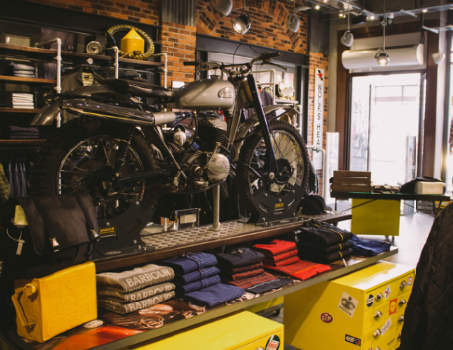 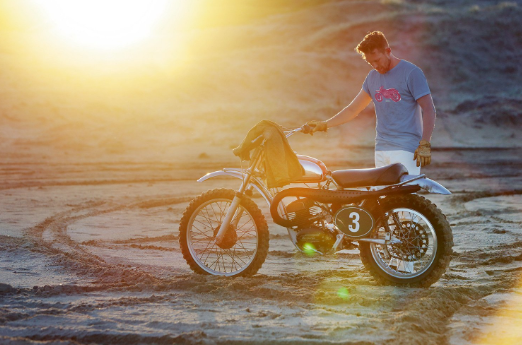 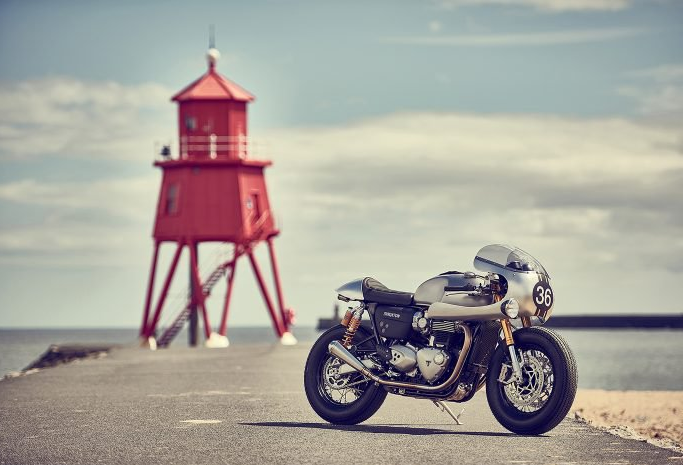 Barbour International collaborates with Triumph to build the first ever customisation of the Triumph Thruxton R bike to show at the Bike Shed in London. It was built by Down and Out Café Racers. 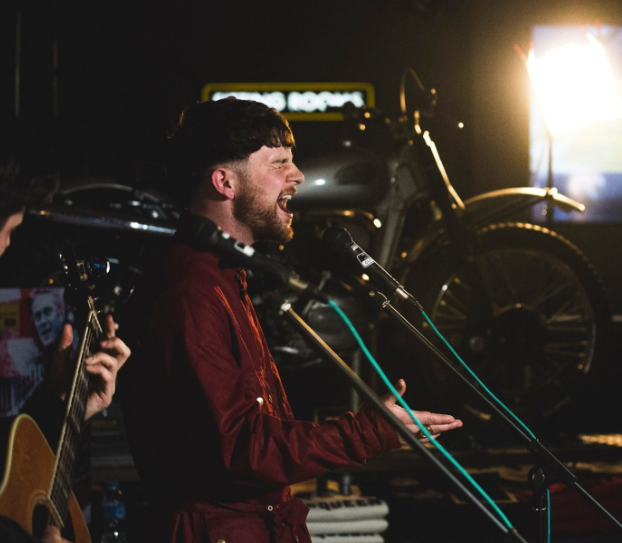 Barbour International shows at London Fashion Week Men’s for the first time, highlighting over 80 years of history and the AW17 collections. 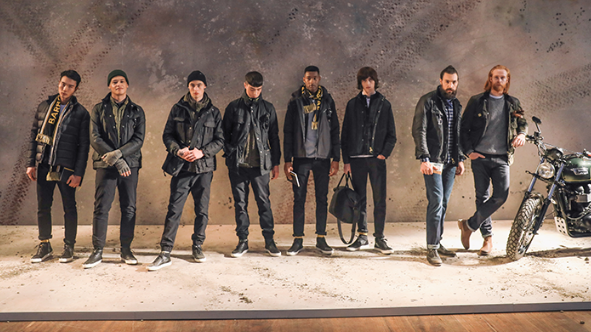